Prior to joining AGM David was CFO and Company Secretary for Nanoco Group plc, a Main Market listed nanomaterials company.

After qualifying as a Chartered Accountant, David joined the Newcastle office of Price Waterhouse (now PwC), where he worked for nine years in audit and business advisory services. David then spent eleven years as the Finance Director of Drew Scientific Group plc, a medical diagnostics company on the Main Market.

His next role was at the AIM-traded IT business EG Solutions plc, after which he became CFO of Renovo Group plc, the Manchester-based biotechnology company that later became Inspired Capital plc. 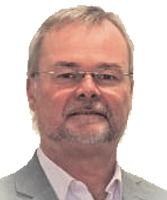