Bryan has over 35 years’ experience in the chemical industry with ICI plc and Croda International plc. Bryan started his career with ICI in 1978 and had a number of roles, both in the UK and overseas, including being European Regional Director of ICI Uniqema in the Netherlands in 2006. Following the acquisition of Uniqema by Croda International in September 2006, Bryan remained within the group and was President of Global Operations from 2008 until his retirement in 2011. He has held a broad range of senior business, technical and operational roles in the UK, the USA, Belgium and the Netherlands. Bryan holds a Bachelor of Arts from the University of Cambridge and a PhD from the University of Newcastle upon Tyne.

Bryan is currently a Non-Executive Director of Itaconix plc. 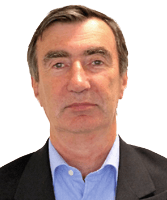